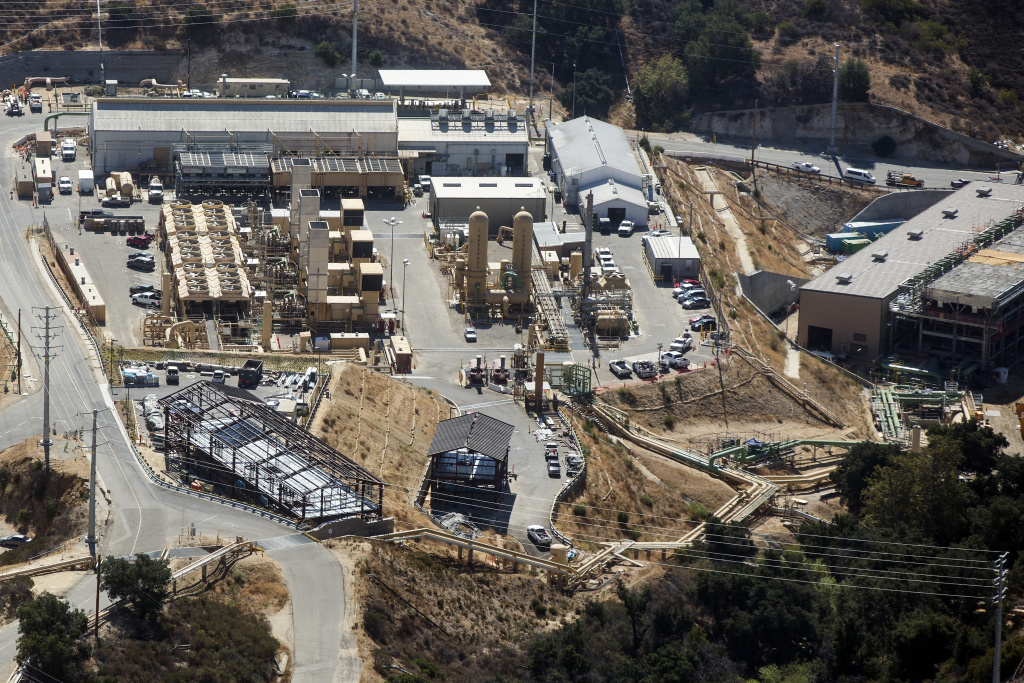 The Aliso Canyon gas leak, also known as the Porter Ranch gas leak, was the result of a massive natural gas leak that occurred at the Aliso Canyon's underground storage facility in the Santa Susana Mountains near Porter Ranch, Los Angeles. The leak was discovered by SoCalGas employees on October 23, 2015.

In the months following the discovery of the leak, researchers calculated that the well released about 97,100 tons of methane — a greenhouse gas that is 84 times more potent than carbon dioxide — as well as 7,300 tons of ethane. After carbon dioxide, ethane is the second most important of the greenhouse gases implicated in global climate change. This one leak has been calculated to have released sufficient methane that is equal to about a quarter of the methane and more than half of the ethane released in the Los Angeles Basin for an entire year. The carbon footprint attributed to the Aliso gas leak is alarmingly larger than the Deepwater Horizon leak that occurred in 2010 in the Gulf of Mexico.

On January 6, 2016, Governor Jerry Brown issued a state of emergency, and on February 11, 2016, the gas company reported that it had the leak under control. On February 18, 2016, state officials announced that the leak was permanently plugged.

According to a study published by the University of Southern California, "SoCalGas had lenient requirements for infrastructure record keeping, no comprehensive risk management plan and no testing programs or plans in place to remediate substandard wells.”

The report goes on to state that SoCalGas was aware of a possible future leak, approximately about a quarter century before the pipe ruptured there.”

Following the leak, Los Angeles County filed criminal charges against SoCalGas for its failure to report the leak immediately.

A number of civil lawsuits have been filed as a result of the leak, most recently by Firefighters in the Porter Ranch area that assisted in the evacuations of residents in the hours and days following the incident. According to a complaint filed in Los Angeles Superior Court, the first responders are alleging the utility knowingly exposed them to hazardous levels of toxins like benzene and formaldehyde.

The exposure caused the firefighters to suffer from nosebleeds, migraine headaches, dizziness, skin rashes, sleeping difficulties, and breathing difficulties, the 56-page complaint said. A number of firefighters have developed different types of cancer, according to Patricia Oliver, an attorney with the R. Rex Parris Law Firm, which represents the first responders.

Nearly 8,000 Porter Ranch families were relocated over the duration of the Aliso Canyon gas leak. Thousands of residents in the area reported being sickened by the gas that was released during the blowout, displaying symptoms like headaches, nose bleeds, rashes and more serious ailments.

In addition, numerous first responders who assisted in the evacuations underwent prolonged exposure to the gas, not knowing at the time how toxic it was and the adverse symptoms they could experience as a result.

Comprehensive resources for those affected by the Aliso Canyon gas leak